We Need To Talk About Vulnerability

Images are increasingly made for systems 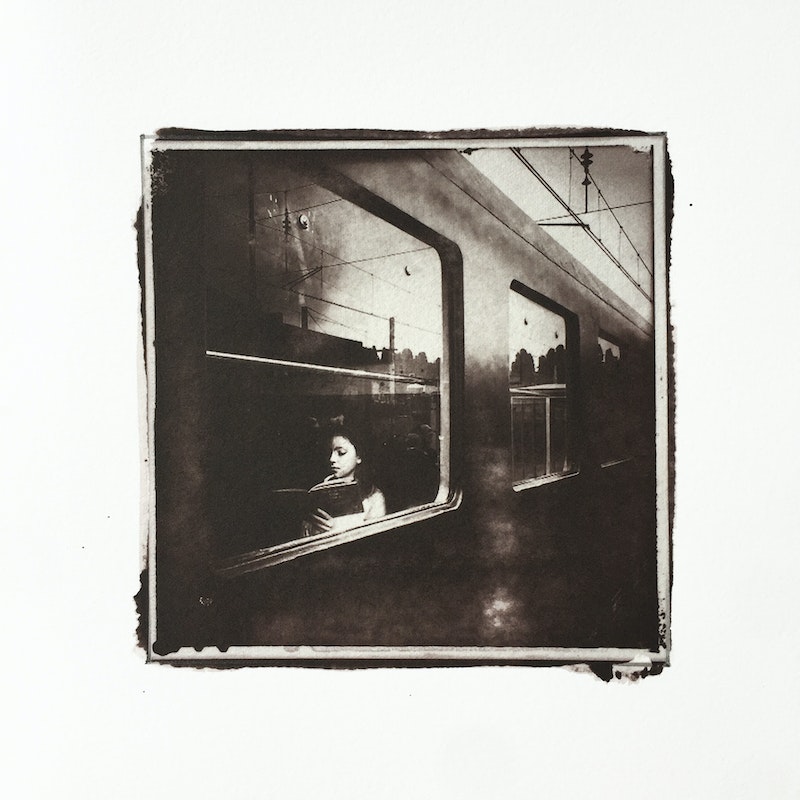 A twenty-year freelance editorial photographer, Jonathan Worth made his undergraduate photography classes open-access and free to join in 2009. Described by Wired as shaking-up photo education and at the forefront of developments of the cultural economy (Julia Reda MEP), he is currently Senior Research Associate at Open Lab, Newcastle University.

Photography enables us to see the world through the eye or lens of another. There’s an intimacy to that. As audience, there’s privilege too. As well as being the audience (consumers), we are, at times, the photographers (producers) or the photographed (subjects), too. Whenever a person brings a camera to her eye, or shoots with a smartphone from the hip, or captures a screencap, both the photographer and the photographed come into being. You and I can be one or the other. We can, at times, be both simultaneously.

The most powerful stakeholder in the three-way relationship between photographer, photographed and audience is almost never the subject. There are many tensions in photography, but, recently, tensions caused by the uneven distribution of power have been on my mind. I want to address them.

Power is present when you document your family around the dinner table; it is there when you attach a camera to a drone; and it is there when a CCTV camera captures a street corner. Power is ever-present in photography. There are countless dynamics wrapped up in image-making, and so it is important to note that a subject of a photograph—the photographed—is not always subordinate to the camera and its operator. The camera is not innately oppressive but its uses very well can be. It is helpful, here, to consider vulnerability, a state by which the photographed cedes some power and avails themselves. To have your image taken is to be exposed, regardless of the intention or consciousness (or not) of the camera system. Within photography there is vulnerability; a sometimes necessary and always inevitable vulnerability.

The shift from analogue to digital impacted how photographs are interpreted.

Let’s put automated image-making aside for a moment to think about the simplest interaction between photographer and photographed. The subject must agree to be vulnerable, and not just once at the point of the shutter-release. The chances are, with digital images, that the photo will live on in many different contexts, even simultaneously, and its meaning might well shift with each audience; each time the subject will be vulnerable again. The photograph may never be seen within the context that it was actually made.

And what about automated image-making? There are surveillance cameras on our streets, facial recognition software is plugged into vehicle licensing authority records, and the police employ Forward Intelligence teams to monitor protests. We face a (hackable) camera and mic every time we sit at our computer or take out a smartphone. So intertwined are digital processes in our lives, we have had to accept vulnerability in order to go about our daily lives (we sign away legal objections when we agree to impenetrable terms of service for products or online services). We function in a state of mandatory vulnerability and are surrounded by images of us, by us, but not controlled (or even owned) by us.

The shift from analogue to digital impacted how photographs are interpreted. Once, the silver halide negative showed us what the world looked like, a trace representation or, as Fred Ritchin describes it ‘a quotation from appearances’. The metadata (the information about the photographic information) of the silver bromide print was the stamp on the back, the sketched note, a date and signature. It was the creases, the fixer stain, the sun-bleached edge and its split corner; the physical attributes that told us the life story of an ageing artefact.

Those analogue attributes could never tell us the identity of the equipment used, nor the exact time or location of shutter release. Analogue photographs do not have embedded machine-readable metadata, nor compatibility with software that will associate us with our social groups or our favored hangouts. Analogue photography never pins us to where we might live and when we might be there. As digital photographers, we habitually capture, hand over, share, sell and publish all this information. (Note: the verbs share, sell and publish are often used synonymously in digital exchange.)

We need to acknowledge that exponentially more and more images are made for non-human ‘eyes’. Images are increasingly made for systems that are only non-human readable; made to be algorithmically correlated by computers on an inhuman scale at an inhuman speed. As those interpretive algorithms are some of the most closely guarded secrets of the largest and most powerful corporations in history, it is difficult, if not impossible, for us to know what our images might mean in future contexts. We can barely imagine what the value of our images might come to be and to whom they’ll be valuable. All of which presents a problem for the ethical photographer who seeks equity and agency for their subjects.

These online spaces replace the old broadcast one-to-many model with a dialogic model. And a conversation.

Power works both ways and the digital needn’t always be speculative or a cause for constant caution. The Internet (the dominant tool of the digital realm) can afford us learning opportunities. Across space and time, image sharing apps and websites allow for conversation between the audience, the photographer and the photographed. These online spaces replace the old broadcast one-to-many model with a dialogic model. And a conversation.

To aggregate audiences, photographers and subjects online is not just to connect them through common issues, but also to empower the connected community to decide the issues. In January 2018, the World Press Photo Foundation, in association with Newcastle University’s Open Lab, University of California Irvine and ArtEZ in the Netherlands will launch Talking Pictures, an open course in critical visual storytelling. I’m excited for its potential and I’m particularly proud of the course dealing with vulnerability in its content, and redressing vulnerability through its organizing principles.

Participants will access openly licensed learning materials online and be invited to join the class conversation through a new open-source platform. Seven international partner institutions will run classes onsite, and participants will tune-in to access the materials alongside live classes coordinated to serve their time zone. They’ll be offered the ability to give and receive feedback from networked study-buddies. Teachers will access the materials for free and be able to set up their own class through the platform. All stakeholders will be plugged into a prompted and networked global conversation, and an international panel of industry experts will review the images, discuss emergent themes or threads, and take questions from participants worldwide, in live bi-weekly webinars.

We cannot passively accept our algorithmically determined future. We need to see vulnerability, name it, and turn the now into an empowering, learning opportunity.

It’s very easy to float on the surface of image reading and production these days without interrogating what’s happening. The digital camera’s super-fast feedback loop was a great teacher that fueled an explosion in image-making and image-makers, but the digital in digital image has its own feedback loop, a necessarily coded one. The feedback, the algorithms and the data-uses of the digital carry massive value, and sadly that value is increased when users’ understanding of the feedback, algorithms and their ramifications is inhibited. We often take photography for granted, but can we afford to take vulnerability for granted? We cannot passively accept our algorithmically determined future. We need to see vulnerability, name it, and turn the now into an empowering, learning opportunity. We need to begin by looking at our own attitudes and discussing our behaviors, both behind the lens and in front of the screen.