Exploring changes and supporting photography in a digitally connected world.

Rebecca Simons sets up education programs and exhibitions, and edits photography for various outputs. Her main drive is to support young talent and emerging photographers. Between 2009 and 2016 she worked at World Press Photo as senior producer and project manager, and has been teaching photography since 2005.

Rien Swagerman began his entrepreneurial career building websites, because of his curiosity about the internet as something full of unknowable potential. His quest to make information meaningful and empower people to manifest their ideas through new web technologies, together with his interest in photography, led to the start of Viewbook in 2009.

Jim Turbert was born in the USA and got his BFA Photography at the Massachusetts College of Art and Design. He moved to the Netherlands and has been helping photographers at Viewbook since 2011.

Quinten Swagerman graduated from the Piet Zwart Insitute in Media Design, and has since been working on commissioned and self-initiated projects in graphics and motion design.

Rodney Bolt has many years’ experience in working with photographers to match words to their work. He has been involved with the books, exhibitions and online publications of World Press Photo since the 1990s, and is a published author in his own right.

It is no longer possible to imagine a world without photography. In our digital age anyone can pick up a camera to produce a ‘good’ image and share it with the world. Cheaper, better, user­friendly technology and ease of access to online platforms have blurred the line between the professional and the amateur. A new culture of producing and consuming photographs is at work, challenging the profession of photographer as we used to know it, yet at the same time allowing us to express ourselves in innovative ways to a range of potential audiences on a global scale.

As a web­ technology company in the photography industry, Viewbook is directly involved in translating new technologies and needs into meaningful possibilities for photographers. At a time when technology, globalization and the internet are having such great impact, we are curious to find out how photographers see those changes and how they work with them.

Viewbook Transformations is a program designed to explore these new challenges to photography and is aimed at promoting high­quality work, especially the use of photographs as part of a sustained in­-depth narrative. The program includes an annual $5,000 grant, and publishes visual stories. To spark dialogue we have assembled an expert team (see below). Guest writers will share their ideas and vision on changes in photography.

Examples of themes that will be explored within the Transformations program are:

”In the ever-expanding galaxy of photography, nothing stays still, all is transforming, continuously. The most interesting of all changes is the new challenge that photographers have to work on non-stop, every day: finding and refining a new language, reaching and attracting a changing viewership, being true to their intentions and original in their output.” 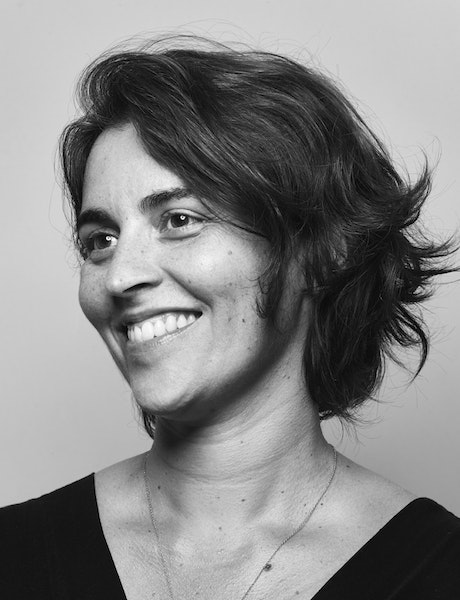 Arianna Rinaldo is a freelance professional engaged in a wide range of photographic activities. Since 2012, she has been the artistic director of Cortona On The Move photo festival in Tuscany, Italy. She is also curator of photography for PhEST, a new adventure linking photography and other arts relating to the Mediterranean, in Puglia, Italy. For almost 10 years she was the director of OjodePez magazine, the only documentary photography quarterly published in Spain. Arianna’s relationship with photography started in 1998 in New York, as archive director at Magnum Photos. Back in Italy in 2001, she worked as picture editor for Colors magazine, and was later a freelance curator for exhibitions, and a photo consultant for various publications, including D, the weekend supplement of La Repubblica. She is a regular participant in portfolio reviews and jury panels worldwide, as well as a speaker and teacher.

”We are witnessing a great moment in the evolution of media, and human interaction. Since the invention of the cuneiform writing, humans have been held prisoner by the limitations of letters. We changed pictographic writing for the alphabet 6,000 years ago, in Mesopotamia, and since then, things have been getting worse for humankind. But now, thanks to the popularization of technology, photos are becoming more relevant than text. We are back to a pictographic way of communication. One that is more empathic, that gives you the chance to use your power of abstraction, and one that doesn’t know about idiomatic barriers. This is a new context, where a photographer need no longer be a boring dude in a fisherman’s vest, carrying a Leica and shooting social black-and-white for Western postcolonial media.” 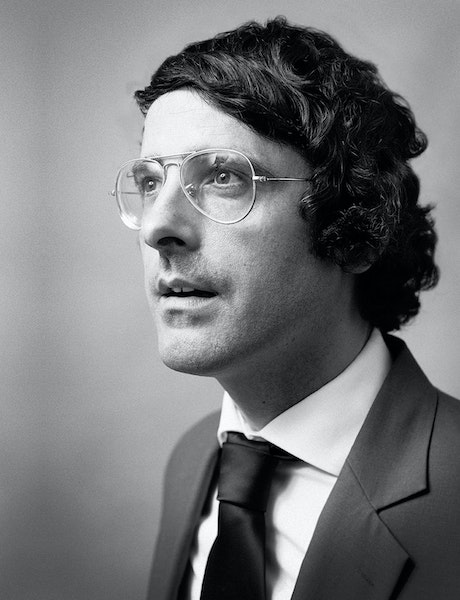 Frank Kalero holds a media and communications degree from Pompeu Fabra University in Barcelona, Spain. He was the founder of OjodePez magazine (Spain), cofounder of Invaliden1 Galerie (Berlin), of the art magazine The World According To (Berlin), and of the pan-Asian photography magazine, Punctum (India). For three years he was the curator of the GetxoPhoto Festival in Bilbao. Frank has been part of the WYNG Photo Award jury team in Hong Kong for the past three years. He was the artistic director for the 4th and 5th PhotoQuai biennials, held at the Museum Quai Branly in Paris, and was a cofounder of GoaPhoto festival in Panajim, India. In 2014, he taught at the World Press Photo Joop Swart Masterclass. At present Frank works for Screen, a platform for visual storytelling.

”The most important transformation is that photography has been utterly transformed. But we’re all looking at each other, waiting for someone to take the next step and help define what the next era of photography will be. Generally, we’re a scared species when it comes to the unknown. The time is ripe for some brave souls to simply state – and make – the next iteration of our photographic future.” 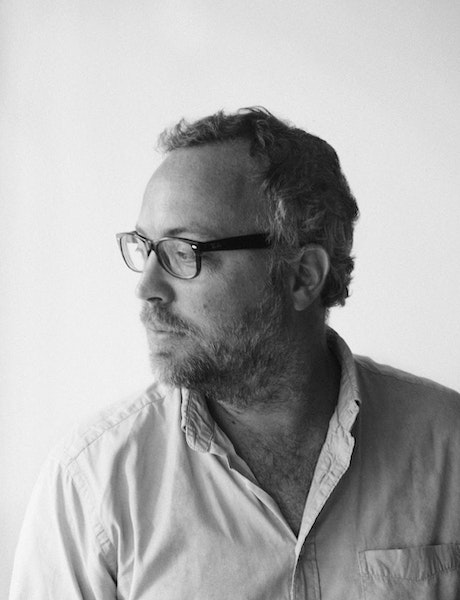 Donald Weber is a photographer and educator, and the author of four photography books. Interrogations, about post-Soviet authority in Ukraine and Russia, was received with much acclaim; it was selected to be included in Martin Parr and Gerry Badger’s seminal The Photobook: A History, Volume III. Donald is the recipient of numerous awards and fellowships, including a Guggenheim Fellowship and two World Press Photo Awards. Currently, he is working on his next book, War Sand, about historic sacrifice and the meaning of war in our modern world.

”I believe photography is embracing the web revolution and taking advantage of its fantastic potential. The industry is less closed in on itself and reaches a broader audience, day after day. Photography from regions like Latin America and Africa is at last getting out and penetrating the international market. Photographers are becoming entrepreneurs, promoting their work in the first person through social media. This continuous online dialogue driven by innovation is bringing photography into a new dimension. Visual language is establishing itself as the most powerful way of communication.” 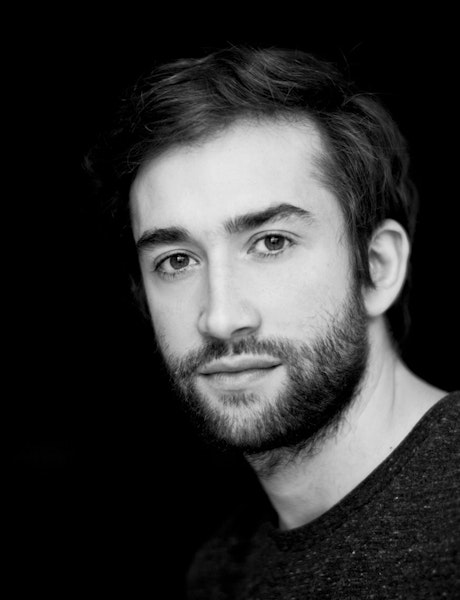 Giuseppe Oliverio graduated with degrees in economics and quantitative finance. In 2012 he launched phmuseum.com, a curated online platform dedicated to contemporary photography. Since then he has created an international network of 4,000 selected photographers, showcasing their work and connecting them with photo editors in USA and Europe. Giuseppe has given talks on 2.0 photography at international festivals including Paraty Em Foco in Brazil and the Ojo de Pez Photo Meeting in Spain, and has written for international media outlets such as TIME.

”For me, the transformation comes with the ability of still images to interact and blend with other mediums, and in creating a dialogue within a physical space where the audience may engage and respond in a more critical and/or emotive way.” 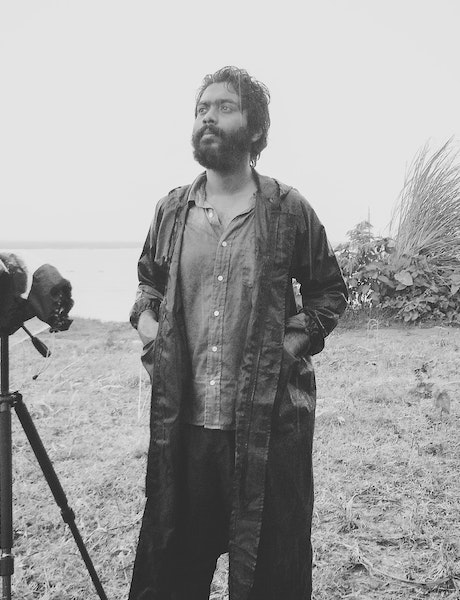 Sarker Protick is an artist from Dhaka, Bangladesh, primarily concerned with light and sound. He is a member at VII Photo and teaches at Pathshala School of Photography. In 2014, he was named in the British Journal of Photography’s annual ‘Ones to Watch’. The same year, Sarker was selected for the World Press Photo Joop Swart Masterclass. In 2015, he went on to win a World Press Photo award for his story ‘What Remains’, and was listed in PDN’s 30 emerging photographers of the year. Sarker’s work has been featured in numerous exhibitions across Asia and Europe, and has appeared widely in such publications as The New York Times, National Geographic and many more.

”I feel we are in an exciting transition, a liberation of sorts. Documentary photography is free – has never been so free – to be creative and find fresh ways to explore, to tell. Traditional top-down media is challenged, social media and emerging platforms allow people to challenge their representations/ (mis)representations. Fine art, performance, reportage, and even curation of social media are merging in surprising ways. Partially through technology, and through trial and error, there are more checks and balances and demands for accountability than ever before – with an increased role for all players: gatekeepers, photographers, and those whose stories are told.” 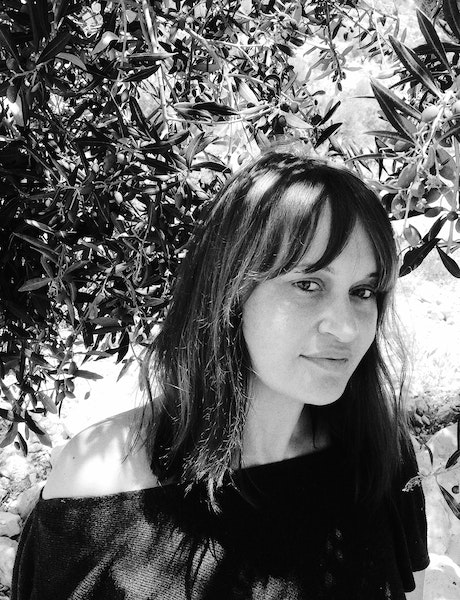 Tanya Habjouqa, born in Jordan, is a documentary photographer specializing in gender, social, and human rights issues in the Middle East. She approaches her subjects with sensitivity and an eye for the absurd. She is the author of Occupied Pleasures, heralded by TIME magazine and Smithsonian as one of the best photo books of 2015 (work from the book winning a World Press Photo award in 2014). She was the recipient of the Magnum Foundation 2013 Emergency Fund, and mentors grant holders from across the Arab region for Magnum’s Arab Photographer Documentary Fund, for the Prince Claus Foundation, and for the Arab Fund for Arts and Culture. Tanya is a founding member of Rawiya, the first all-female photo collective in the Middle East. She lectures in ‘Narrative/ National Identity in Photography’ at Al Quds-Bard University in Ramallah, Palestine.

Stay updated about Viewbook Transformations by following our Facebook page!