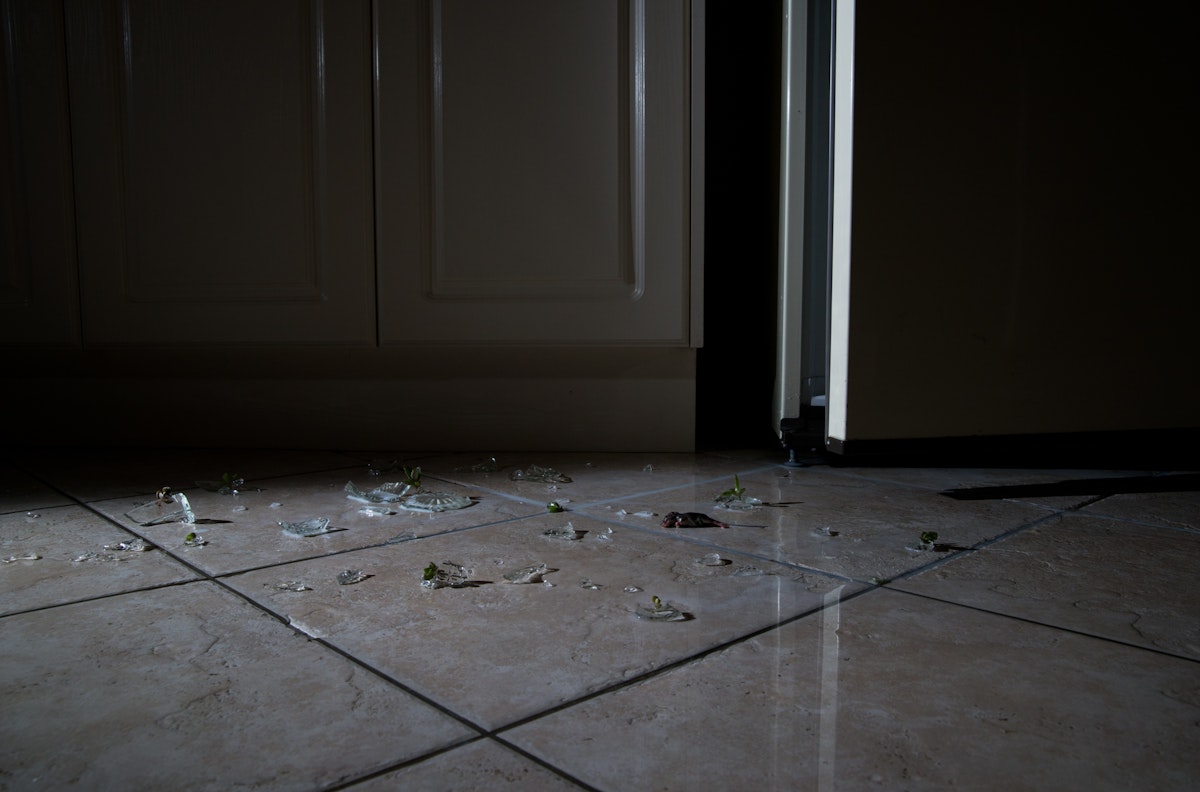 I am Steph Fuller, a photographic artist.

I come from South Australia

Photography is for me a parallel to some of the things I miss from my childhood, like getting lost in imagined worlds and being so easily struck with wonder and awe. Being able to present the world my own way in my photographs lets me tint it with as much mystery, emotion and impossibility as I please.

Frank Kalero
”Shooting digital is as disruptive as wanting to see yourself in every single shop window….” Read more

Recent graduate Steph Fuller finds herself in a period of flux and new directions, but she’s determined to keep alive a childhood sense of wonder and awe that is crucial to her work. “As a kid I read fantasy novels, fiercely believed in fairies, loved unicorns,” she says. “I had a wonderful fantasy world, and I want to connect to that feeling, to keep working towards that realm. The unreal light in my work is part of this.”

“I tried to capture the way that empty space became charged with emotion and tiny details were suddenly so striking.”

Steph’s first photographs were adventures with her father’s camera. “I used to photograph flowers in my garden, quite lovely things,” she says. “It has been a very contrasting journey, from sweet little photographs of flowers, horses and trees to dead bugs and weird plants and the kitchen sink.” The catalyst for the change was her first strobe flash. The light captivated her. “I was enamored with the whiteness. It was like a UFO beam. I loved that sci-fi light coming from above, and retain that in the dark look of my work, highlighting specific things with a very limited light.” This way of working helps capture the way the commonplace can seemingly change in moments of intensity, as happened for Steph following the death of a close relative. “I tried to capture the way that empty space became charged with emotion and tiny details were suddenly so striking,” she says. “Someone once described it as being the familiar as unfamiliar.”

Made in the time following the loss of a relative, who unexpectedly took his own life, Awash is an exploration of the way a troubled mind can imbue the everyday world with new qualities. Mundane sights change in our perception. Suddenly, every surface is a landscape. Tiny movements are captivating. Stillness is unnerving. Small things become monoliths and empty spaces become vast expanses. The familiarity of the home is replaced with silence, vastness and a fragility it did not have before.
See the project

Steph’s work is closer to visual poetry than straightforward narrative, but the presence of a cohering force remains vital to her. “Although I don’t consider my work to be linear, I think that concept is important,” she says. “A strong concept must underpin the work.” In today’s digital world, when everyone can lay claim to being a photographer, this has often been forgotten, but perhaps this is beginning to change as audiences become more discerning and photographers more imaginative in their own input to their work. “I’m excited to see photographers fully embracing their authority as image-makers in that sense,” says Steph. “For me, it’s not enough just to stumble over something and compose it well. I think you have to have a real role in what’s in the image.”

“It’s not enough just to stumble over something and compose it well. I think you have to have a real role in what’s in the image.”

As far as her own audience goes, Steph sees her work as aimed more at the gallery world. “I have an online presence, but my work is so dark, and has such low tones, that it is best viewed in person, in print,” she says. For the moment, photography is not her bread and butter, but in trying to reach an audience she is determined to maintain her integrity. “It would be nice to make a living from my work,” she says, “but I’m more concerned to make sure that I’m making it for the right reasons, and keeping that honest.” As for the future, Steph feels there is still much ahead of her. “I’m interested to see how my concepts develop and where they go,” she says. “But I’m going to let it go naturally. It will be fluid, a natural progression.”

I wonder if anyone has any thoughts on the contrasting experiences of shooting with a digital camera and analogue?

While on holiday recently I was using an analogue camera for fun, and it struck me that shooting digital can be disruptive because you can review your images and curate as you go to make sure you have the ‘perfect’ image. The momentum is not interrupted in the same way when shooting analogue. I wonder if anyone has any thoughts on the contrasting experiences of shooting with a digital camera and analogue?

I am not, and have never been, a photographer, so I cannot respond to this from a user’s point of view. But I do understand the tension difference between shooting my kid playing in the park with an old analogue camera and catching the best moment, and clicking a dozen shots on my iPhone while chatting with another mom on the never-ending subject of school quality. Kidding. But not.

I have often participated in this discussion with photographers, especially in the early days of digital. The difference in shooting attitude, technically, seemed immense at the time. Many photographers ended up not being able to edit the hundreds of images of that one scene that they later found on their HD (the same problem that we, as photo editors, also began encountering). It also meant that after a few years, many photographers switched back to their analogs, especially to medium format, when they felt they needed to “take time” to do a project. Initially, it seemed that the digital medium offered the fast lane and that traditional film was the only way to actually focus on what you were trying to shoot.

This was the beginning, but it raised an issue we encounter with all new media: we need to learn how to use them, not only by means of the instruction manual, but to make them ours, to master them, to use them for our purpose, our intention. (I can only imagine, when TV came into the world and into family homes, how difficult it probably was to keep your eyes off it, or turn it off, or to watch it and do something else at the same time.)

I believe we have all matured out of that initial phase, and thanks to wonderful ongoing conversations on photography we can stop and think what we are doing and why. I strongly believe that what guides significant photography is the intention: that is what leads the style and the choices. Yes, shooting digitally can be a slightly “lazier” method, if you let it be. You know that you can re-edit, easily crop, choose among alternatives, and you can allow that to guide your working method. (And to keep your costs down—but, hey, all those hours editing ALL those images is also time/money, no?) But it is up to you. YOU choose to shoot two, 10 or 30 images. The medium exists for us to choose it and use it. (By the way, for my kid, I chose the iPhone, and I am the worst picture editor in this case—I cannot get rid of any, not even the fuzzy ones!)

In my last apartment there was no mirror in the bathroom, nor in the living room. Somehow I managed to get along without it the first few days. And somehow I forgot to buy one in the months that followed. For a year I was not aware of how I looked before leaving the apartment. On my way to the office, I created a complex network of mirrors from different shop windows, selecting each carefully, in order to check my appearance before reaching the office. You know…trying to make it as casual as possible, hoping not to look too vain. It was just a flash, a reflection of my physical vehicle, the body that carries my brain around. It was enough. After a while, I just forgot to check my reflection in the windows. And it was wonderful. Just like prehistorical people could have felt many millennia ago, before being trapped by the Narcissus reflection in the pool. If you are not worried so much about your external presence, you certainly focus more on an awareness of your context, also called ‘real life’.

Yes, shooting digital is as disruptive as wanting to see yourself in every single shop window. You don’t enjoy the walk, the journey. You just try to fix your walking style, while stepping accidentally into dog shit.

Shooting digital is like throwing a big fishing net into the sea, and waiting to fish out something good, disregarding all the little stuff carried away by accident. You end up living through the reflection of your LCD screen, on the back of your camera. Forgetting whatever is in front of you, out of the frame. Time is not frozen, it is time no more. It becomes frames, and frames become zeros and ones. Your life is suddenly digital, and framed.

You need to live an analog life, in order to share the narratives of your own experiences. You need to be aware of the stories you want to share, live them first, and catch them with a rod, not with a net. We might say analog is for apocalyptic, digital for integrated. But although I can see myself as a romantic nihilist, I must recognize that digital shooting is just awesome.

So, digital or analog? I don't care. Why? Because when we simplify life, to the utmost basics, say into a quantum level, there all becomes digital. Life is in fact digital. As physicist Freeman Dyson puts it, life is defined as a material system that can acquire, store, process, and use information to organize its activities. The essence of life is information, but information is not synonymous with life. To be alive, a system must not only hold information but process and use it. It is the active use of information, and not the passive storage, that constitutes life.

It is not how you acquire and process those pictures, but your active role that counts. Be there!