Passion, Perseverance and the Personal Project 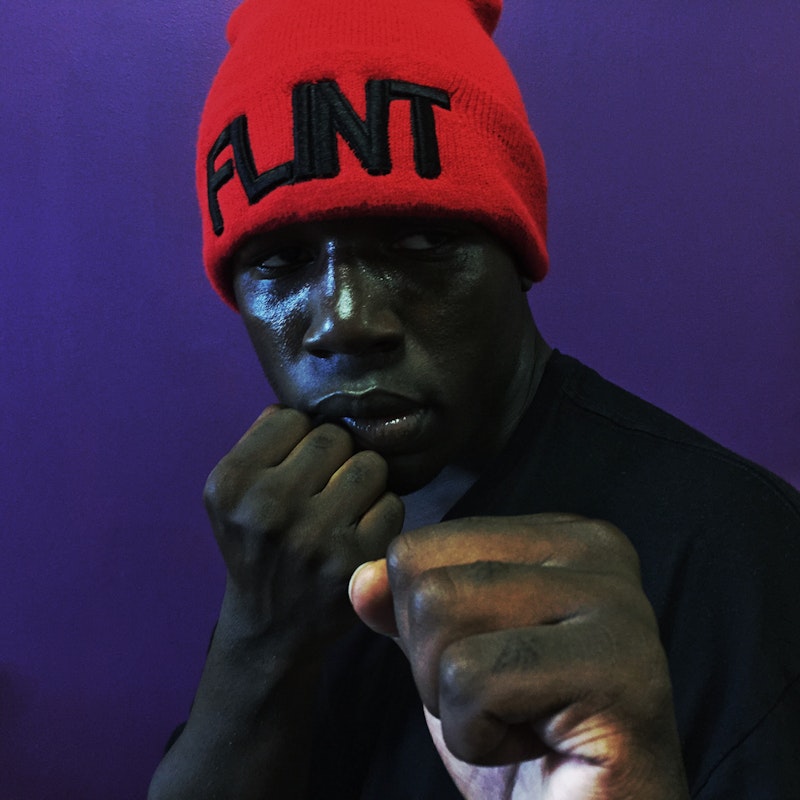 Photos from the project Flint is a Place © Zack Canepari

Amber Terranova is a faculty member in the BFA Photography and Video Department at the School of Visual Arts, and is currently working with SCREEN projects and as a curator at Adobe. Amber is committed to photography education and to helping photographers realize their creative and career potential.

Credits photos: Photos from the project Flint is a Place © Zack Canepari

The most inspiring photographers surviving and thriving today all have one thing in common: a strong foundation of personal projects combined with a collaborative, unrelenting work ethic. Their business model includes shooting assignments across photographic genres such as editorial, fine art, fashion and commercial, usually with their own distinctive and defined voice. When not on assignment they continue to pursue meaningful stories or themes for dedicated periods of time, eventually becoming ‘experts’ on those topics; some even go on to become activists. They write grant applications, attend portfolio reviews, market and promote their work, and seek mentors to champion their work along the way. Successful photographers are able to take their personal projects to further levels of audience engagement, opening more doors for growth in their careers and creating an element of legacy while doing it. This is a profession that requires a great deal of determination, perseverance, mental and emotional endurance, all built upon one’s initial passion to pursue photography as a career in the first place.

Someone who has adapted quite well and seems to be leading others in that adaptation is photographer and filmmaker Zackary Canepari, who embedded himself in Flint, Michigan for his latest personal project Flint is a Place— a personal series that sparked opportunities in his career and helped shape a new social perspective of Flint.

Trust built up during an earlier project, T-Rex (on local Olympic female boxer Claressa Shields) allowed Zack to go deeper into a variety of chapters or stories that dealt with different people or systems inside Flint: water, a young mother, the prom, a juvenile detention facility spoken-word program, the history of Flint and its police department. The project is packaged in a variety of ways for cross-platform audiences.

T-Rex earned Zack considerable cache and ignited support for Zack’s continued work in the city, because it was about resilience and hope. “Everybody there is so beat down by the negative storytelling that surrounds them,” Zack says.” They are still recovering from Michael Moore’s Roger and Me, the film from the late 1980s, and for three decades had been pointed as one of the most terrible places in America. The city felt abandoned by the media—seen as a place where the media came to tell stories then left. For someone like me who stuck around, it’s all about earning trust. I just really understood what was happening in that place. I’m not a historian but I went in there and I got into the nitty gritty of it. I know what makes the neighborhoods different, I know who to speak to, how to get access. I had the experience of being embedded in the place that I was telling the story about, instead of dropping in. Parachuting into a place that I’m not totally engaged with for five days or whatever for an assignment didn’t totally work for me. I still enjoy doing this, focusing on new stories and new issues, but the reality is that I’m not as knowledgeable about that story as I would be if I was engaged with it.”

With a large project like this the key is to work with media partners, non-profit partners, and to apply for many grants

Each chapter of Flint is a Place has its own distinctive flavor and received funding from different media partners or non-profits. Zack made a VR film about the police department for NY Times Op Docs, and is now making Flint Town, an eight-episode 2dHd documentary series for a network. But this didn’t happen overnight. Zack worked tirelessly to continue shooting and maintain his connection with the city of Flint. He has a fully functioning commercial component to his business via commercial agent representation, and spoke about his business model for funding personal projects like Flint is a Place. With a large project like this he says that the key is to work with media partners, non-profit partners, and to apply for many grants. “I try to find a project to cover the cost,” he says. “It doesn’t pay me very much to do that work, but ultimately it covers the cost of the project and maybe a little bit extra. I also make commercials and work on films like T-Rex and shows like Flint Town. The work that I’ve done in Flint helps generate stuff that does eventually sell or lead to some new thing. Photography has never really been a great business, there are always risks involved.” Zack was able to fund Flint is a Place through a combination of grants — a Guggenheim grant awarded to him in 2017 and smaller funds — editorial commissions such as The New York Times, Mother Jones, The New Yorker and licensing to digital broadcasting, such as CNN’s Great Big Story, for different stories from the project along the way.

What keeps Zack going emotionally is that he really does believe that the work is important. “I don’t know if it’s going to change anything in Flint, I’d be a fool to think that. I believe documentary has a very important social role and I believe documentarians have the opportunity to be artists in the way that they present and make their work. The work that I did in Flint will stand out, does stand out, as something that is important and talks about a city, about a specific time in American history, and hopefully my relationships and some other outreach programs that I’m participating in will help make Flint better—help improve the city and the way people interact with the city.”

Most photographers using the old editorial assignments and licensing business model are able to do just one thing, but Zack flourishes in different mediums of storytelling and so dives in from a different direction. He uses a variety of tools from his toolkit to tell a complete story that he really enjoys, and which translates into the high quality work we see. “There’s no bread-and-butter for me,” he says. “It’s always going to be a juggling act of finding money, finding the story, finding sometimes two partners, three partners to make a short film. It’s a hustle and I think being OK with that really helps. I long ago stopped expecting there to be a simple business for me as a photographer, so I’m fine doing all these different things…but it’s a lot of different things in order to make my business work.”

Laura Pressley is executive director of CENTER, a non-profit organization supporting gifted photographers, and runs Review Santa Fe, an annual juried portfolio review showcasing photographers’ projects, most of them personal. Speaking of the role of the personal project in a photographer’s career, Laura explains: “We work with photographers from different facets of the industry, some are commercial, some are educators, some have primarily a fine art practice, but the personal project is the grounding force that drives them through their work, and sometimes the personal project will come to the forefront of their practice in every way and become an income generator for them.”

Laura often sees photographers bring personal work in addition to commercial and editorial work to show during the twenty minute reviews and at the portfolio sharing, but she has heard over and over from editors that they primarily want to see personal projects, as that way they can get to know how a photographer thinks, what their passions and strengths are, and what their expertise is. “Photographers working at higher levels are often mission driven — from environmental projects to cultural preservation and a variety of personal documentary projects — they often become experts on their subject. Editors want to see that personal work and then may hire them for other projects,” says Laura.
Editors and curators are looking for someone who not only captures strong visual stories, but can direct or produce the story utilizing their knowledge base and expertise. “What people want to see is authenticity,” says Laura. “They want to see that the photographer is capable of doing the assignment, but first editors want to see what kind of person they
are dealing with, what this photographer is genuinely interested in. That way they can best align them with the right assignment.”

As CENTER selects a new crop of 100 photographers through Review Santa Fe annually, Laura is exposed to a multitude of ways in which photographers are reaching an audience. She is most interested in the ways that photographers find new models for interacting with the work. That may mean a new venue, or the photographers becoming in a sense directors and curators of their own pop up exhibitions or projections—something grounded in their experience, which helps to build energy around the work or around the idea. An example that stood out for Laura was Lissa Rivera, who alongside work such as her “Beautiful Boy”, was also curator at the Museum of Sex, and had a show around modern-day sexuality at Clamp Art gallery. “Lissa became even more interesting for me as an artist in that she’s not only putting out her own work about modern-day sexuality, but she’s also exploring this subject with other artists,” says Laura. “When someone is committed to an idea or concept on many levels, in addition to showing their own work, that gives it more dimensions, allows audiences to understand it from other angles and the topic gains momentum.”

Often I hear that because ‘everyone is a photographer today’ the market is suffering, but I believe that the opposite is true

In the changing landscape of the photography market, I would urge photographers to bring their personal work to the foreground and keep it in focus when looking for jobs and representation. Often I hear that because ‘everyone is a photographer today’ the market is suffering, but I believe that the opposite is true. Everyone has a voracious appetite for connecting through photography. With a positive approach and steadfast dedication to developing your stories, they will undoubtedly reflect your unique perspective on a specific topic, especially one related to the human condition, and that has great potential to ignite universal dialogue. In the end, it’s your expertise in your topic and deep sensitivity to your subjects that makes you stand apart from the multitude of other storytellers out there.