On Images yet to be Seen 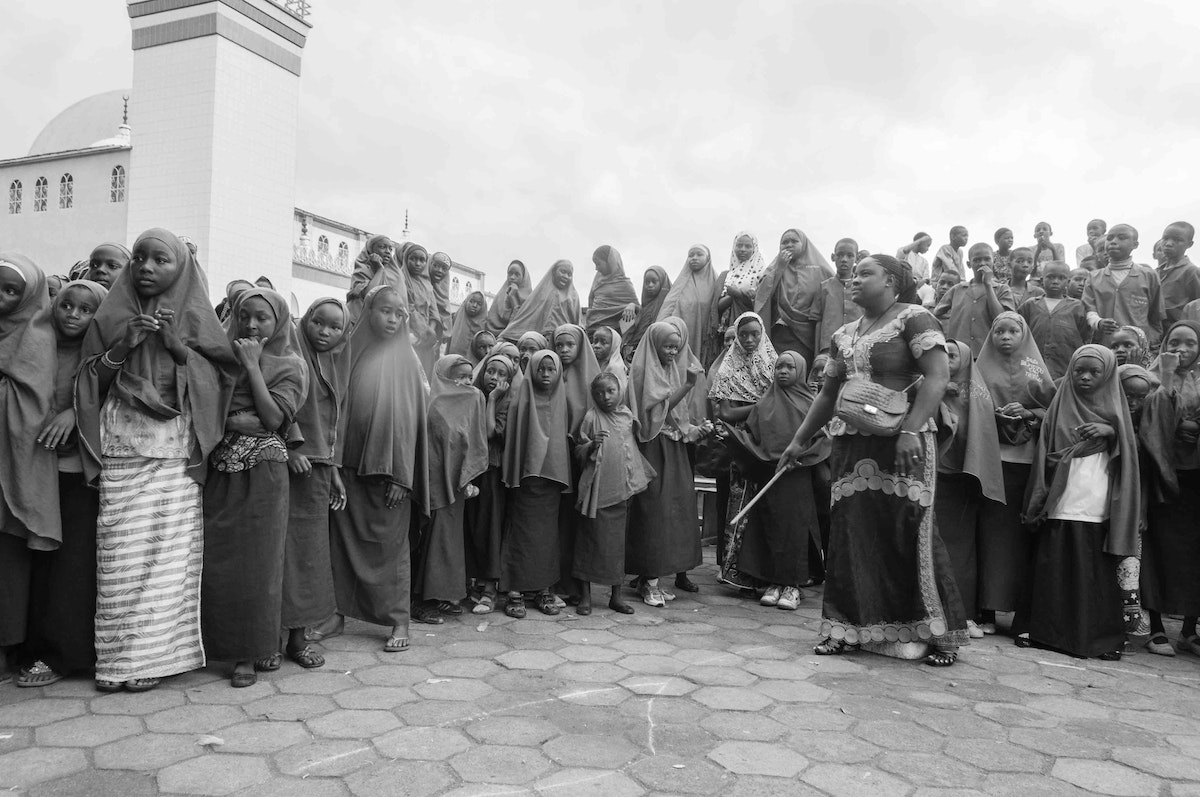 Christine Eyene is a French-Cameroonian art historian, critic and curator based in the UK. She is a Research Fellow in Contemporary Art at the University of Central Lancashire and the co-founder of YaPhoto with Yaounde-based artist and curator Landry Mbassi.

As a curator, Christine has been involved in a number of international photography projects in Europe and Africa. She was member of jury of the next FORMAT International Photography Festival Open Call (2017), and a nominator for Prix Pictet and Hasselblad Award.

One evening, last November, I was sitting at a bar in Yaounde, unwinding after a workshop I had given to a group of Cameroonian art critics. The place was empty, partly because it was a weekday and also because at the time Cameroon was hosting the 2016 Africa Women Cup of Nations. A band was playing well-known reggae tunes. A couple of meters from me, a mute television screen set on a news channel alternately showed images of football matches and scenes of violence taking place in the western part of country.

What struck me as I witnessed this surreal TV broadcast was the gap between the local lived experience and visual representation. I was suddenly reminded of a comment made by Cameroonian filmmaker Jean-Pierre Bekolo, during a conference he gave in Yaounde in July 2016. Discussing the moving image in Cameroon, and more particularly the purpose of image-making and visual narrative, he made an interesting point on the double meaning of the French word divertir, which translates as both entertain and divert. Bekolo suggested that serious questions arise when visual storytelling—in his case cinema, but his statement could also apply to photography—entertains viewers to such point that it diverts them from an awareness of their immediate and sometimes urgent reality.

It is with this in mind that one should approach contemporary photography in Cameroon and its relationship to new modes of dissemination. The emergence of Cameroonian photography can be traced back to the early 1930s with studios such as the notable Photo George in Douala, which became a training ground for many first-generation Cameroonian photographers. Studios like Photo George, Photo Jacques (in Mbouda, Southwest Cameroon) and seminal figures like Nicolas Eyidi, to name but a few, have established the genres that continue to permeate the local photographic language, from the recording of important life events and privately commissioned portraits, to commercial and official journalistic or political assignments.

In the absence of a proper public education in photography, and in the context of strict vetting of images in the media, very few practitioners have stepped outside of conventions. Creative, experimental photography or independent photojournalism are very rare. However, the few that have dared venture into uncharted territories have made an impact in the field well beyond national borders. Internationally acclaimed Bangui-based Samuel Fosso, known for his dandy-esque gender-fluid self-portraits, produced from the early 1970s, is the most notable example. So is Amsterdam-based Angèle Etoundi Essamba, the first Cameroonian photographer to have contributed to challenging Western stereotypes on black women, by reclaiming black female aesthetics since the 1980s. In Paris, Bill Akwa Betote has been documenting the diaspora and cultural diversity, while Samuel Nja Kwa’s Jazz Route has taken him on the trail of black music’s contribution to the world.

The 2000s have seen the birth of a new generation of photographers, mostly self-taught, often functioning within an “each-one-teach-one” system. With no venue dedicated to the medium, limited publishing outlets, and a practically non-existent market for art photography, very few avenues remain beyond private or public commissions, official or journalistic assignments, and commercial photography. One could say that the latter gives scope for some form of creativity, albeit within a set of accepted visual codes. In theory, the freedom and possibilities for self-expression, self-representation, and self-publication offered by new and social media, should have paved the way for new narratives and a reclaimed sense of agency. Oddly enough, in Cameroon, that is not the case.

In other contexts, instances of unrest would have prompted photographers to document the situation and reflect on its impact on society. In an era where images circulate at a much faster pace than in the official press, one would have expected independent voices to share their own visual account of the scenes unfolding on the TV screen—scenes of violence set against images of apparent national unity, galvanized by what turned out to be Africa’s winning football team. Yet, save for a number of early anonymous, rather graphic mobile phone images disseminated on social media, no in-depth photojournalistic or citizen form of documentation seems to have surfaced on what amounts to the oppression of English-speaking regions in West Cameroon. This leads one to question the freedom of expression afforded to the Cameroonian photographic gaze, and to ponder on the unseen, or rather on the images yet to be seen—all the more so when the internet, which is a given in most Western countries, is shut down by the authorities.

It is against this background that YaPhoto was created in Yaounde in September 2016, both as a website and a program of events. As an online platform, it is dedicated to giving a voice to emerging photographers and those looking to push the boundaries of their practice in technical, aesthetic, and discursive terms. As such, YaPhoto provides an essential alternative to the scarcity of venues and printed media that traditionally serve as places of dissemination of visual narratives.

The program of exhibitions in art spaces, and upcoming international collaborations, builds on a carefully selected virtual gallery. This is growing at a slow but steady pace, involving workshops, portfolio reviews, critical feedback and sustained dialogue with a group of photographers based in Cameroon and abroad. This is to ensure that when those bodies of work enter the flux of images that make up this massive photo gallery that is the internet, they do so with strong visuals and relevant discourses, speaking with a local voice within a global digital world.

Cameroonian photographers have many stories to tell. Some of them exist in the form of archives or prints awaiting digitization. Others remain underground for fear of censorship. Still others are embryonic projects in need of orientation and constructive criticism. It is only a matter of time before they seize the many possibilities offered by the internet. The aim is indeed to help facilitate this access through technological support and curatorial input, and to encourage a practice that engages global audiences while enabling local photographers to gain visibility and achieve sustainability.