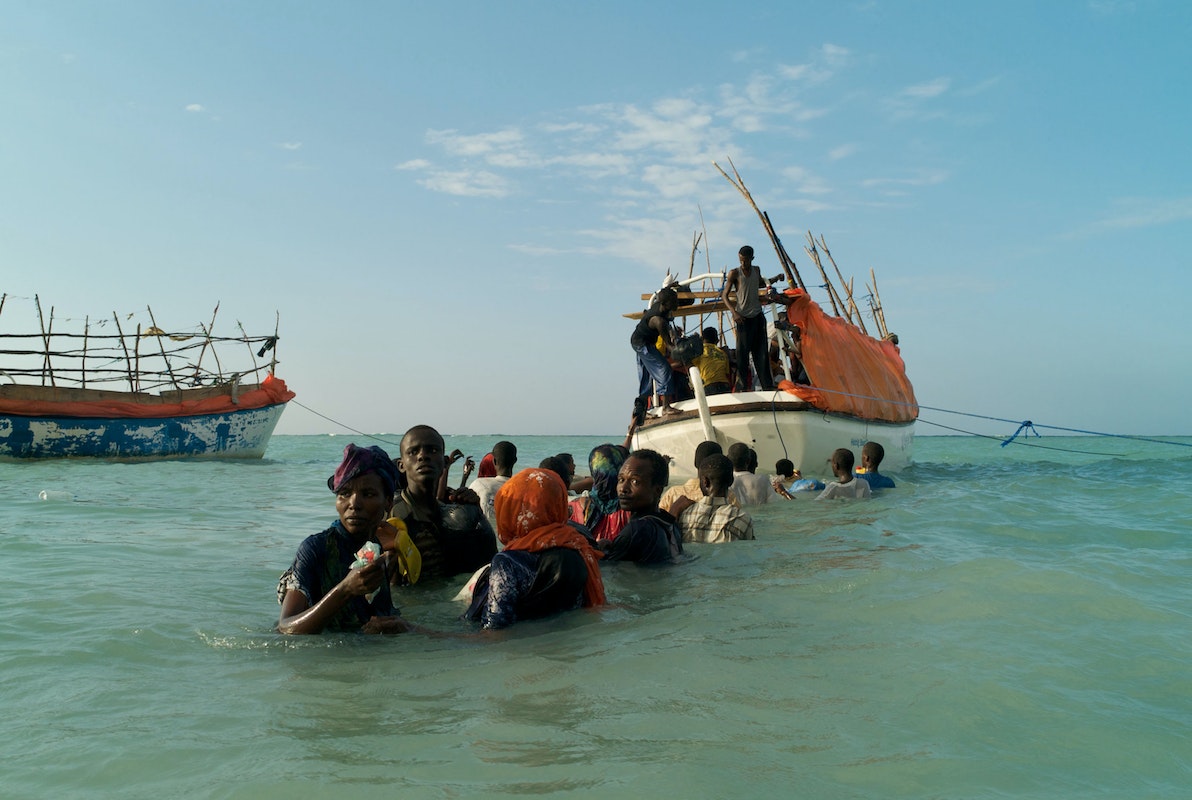 Clément Saccomani (France, 1981) is managing director of NOOR photography agency, and has more than 15 years’ experience in the photography industry internationally. He began working in the field as a press photographer, covering news, conflict and violence against women for a number of years, represented by Gamma Agency. In 2009, Clément joined the staff of Magnum Photos. In 2011, he was promoted to editorial director, developing strong, innovative strategies for visual storytelling projects for corporate clients, NGOs and international organizations. Clément’s expertise embraces all aspects of creative management, from seeking out business opportunities, to overseeing the communication and dissemination of creative projects.

In January-February 2018, the Media Communications department of Webster Leiden Campus / Webster University USA, together with Transformations, welcomed people to Documentary Today: Transmedia and Collaboration, a series of five informal meetings with experts from the field of documentary.

Documentary Today: Transmedia and Collaboration directed the spotlight onto projects that tell a single story using different channels simultaneously, employing media from photography to sound, and being presented on multiple platforms, such as photobooks, exhibitions, apps, and the web. Guest speakers discussed the drive behind collaboration and developing such complex multimedia and multiplatform narratives.

During the program, the audience was itself invited to lead a 2.5-hour conversation, actively asking questions about all aspects of working on transmedia productions. Transformations will be publishing extracts from these conversations. The first piece is a selection of themes discussed with Clément Saccomani.

What is a transmedia project?
A transmedia project differs from a traditional media project in that it has the possibility of reaching a larger and more diverse audience by adapting its content to each segment. When Noor did the Wasteland project with Kadir van Lohuizen—about managing or mismanaging waste worldwide—we wanted to reach a massive audience, and we collaborated with The Washington Post. We made a printed newspaper supplement of 2,500,000 copies that was distributed on Thanksgiving in November 2017. With a book—another printed media possibility—you might reach only about 3,000 people, but then you can target audiences in the future, as a book will still be around in ten or 20 years, unlike a newspaper which is a one day phenomenon. In addition, you need reach a young audience. The young audience is on Instagram. It’s digital.

If you want to target a festival, you are going to have to do an exhibition. And you will need to have at least two types of exhibition: one very classy with frames, for founders, donors and other people who contributed to the project; and a public one with bigger prints, wallpapers, no frames, outdoor possibilities. You want to show the work to people outside, to come towards them. We also need to go to the web, where it is possible to include facts, contacts, philosophy, behind-the-scenes material, extra information, the timeline, space for future development – where it is also possible to play with different media and interactivity. Or let’s think about the older generation. They don’t know how to use websites or apps, so let’s give them some content on TV.

Creating this rich environment helps ensure that you reach everyone, and also that you have different sources for raising funds for each segment – partners often can’t cover all the costs, but they might be able to invest in one side of the production and still be a part of a larger project. These different aspects and approaches to financing are similar to what happens in the movie industry. Some people go to the cinema, others buy DVDs, and then you need pictures for the press, interviews, goodie-bags, and so on. Today what we are trying to develop in the documentary field is exactly this – the entire industry.

What is the future of media?
If you want to go into the media scene, go tech. Be a bit of a geek. I believe the tech people are the new rock stars. I recently met some people who have created a camera that they place in old people’s homes. It has an algorithm that can identify when an old person is going to fall. They can anticipate when s/he is going to collapse, and then you can prevent it. We live in a fantastic period of time.

In the next 20 years, 50% of jobs will disappear, replaced by new ones related to the digital world. So if you are ambitious, get involved with the conservation of data, make sure you know how to digitize and how to extract data. The investigative police service is about 100-150 years old, and over this time they have developed five or six ways of identifying people: finger prints, DNA, teeth, eyes etc. Digital online communication, which appeared not so long ago, will deliver around 30 points of identification. If you want to do something with media, its future is in the data.

Data also delivers new ways of monetization. The old business model was: you give me an assignment and send me to a certain place. I provide you with a service, you cover my costs, you feed me, you provide me with accommodation, you pay for the travel…I come back and I am payed for the material. I own my copyright and I can re-sell the material, and then go somewhere else tomorrow and do the same thing again. This business model was based on licensing the content. Getty Images did something interesting a few years ago, they said: “You know what, on the web, all pictures you see, you can use them for free. We will make money another way – through data. We are going to follow you and see what you like by the images you choose, and we are going to monetize that.” It would be the same as if, for example, a car company like Volvo said: “We are going to give you our car for free, use it, and we’ll monetize by tracking you with GPS to learn the places you go to.” In future, people will be making money not with photographs, but on how you communicate with these photographs.

Unavoidably, authorship and privacy will become crucial themes, as well as the technologies of online platforms – they change the way of thinking.

Does the documentary field miss any technologies?
We haven’t yet realized the full potential of the technology we now have. For example, all the ways we can use a drone are yet to be discovered. I would like to see Kadir van Lohuizen standing on the ground, and the drones representing him in 3D. A different example: what I would like to have one day is a recording of the heartbeats of some of our photographers as they work at a war zone – how do they feel?

What stories are relevant?
A photographer has a responsibility to work in anticipation of what’s going to happen. Ten years ago, NOOR was among the first agencies to work on the climate change, its consequences and solutions. Of course, our group can’t predict the future, but we can point out specific areas where problems will develop. For example, ten years ago Alixandra Fazzina was working on the subject of refugees in Africa and the Middle East. As a photographer you need to think if your project will also tell stories of the future.

Text by Daria Tuminas, coordinator of the Media Communications departmen of Webster Leiden Campus, and initiator of the Documentary Today talks.