An interview with photographer and sculptor Josh Schaedel on diversity of expression. 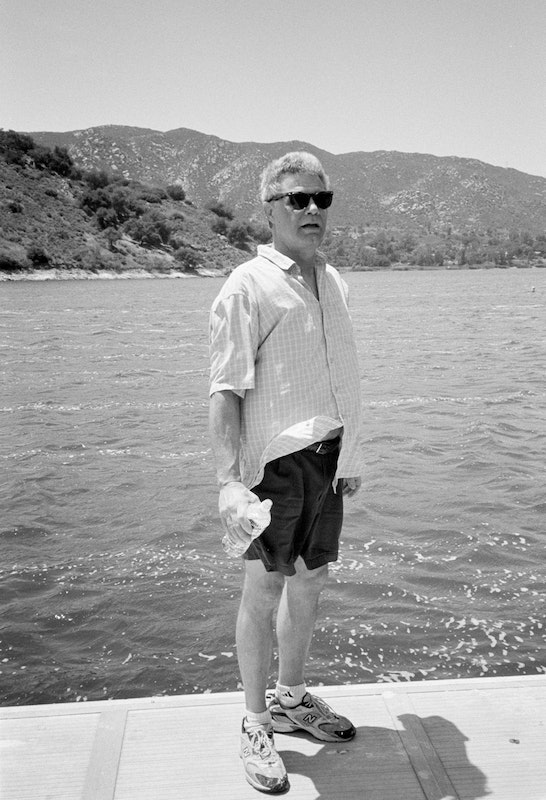 I am Josh Schaedel, a photographer, sculptor and teacher.

I come from Murrieta, California.

Photography for me is a way that I understand the world and make sense of it, and a way for me to respond to life happening to me and around me. joshschaedelphotography.com

Donald Weber “Creating is also a physical act, and to create you must get inside your work, sometimes quite literally.” Read more

Sarker Protick “The process of making a work is itself an extraordinary journey for an artist.” Read more

Josh Schaedel is both an artistic and commercial photographer, he publishes photo books, is a sculptor and a teacher. All the channels of his life connect with each other, flow into each other, and branch off in new directions. “I don’t want to be stuck,” he says. “I can’t allow myself to do just one thing, because I don’t want to wind up resenting the things I love the most. I enjoy evolving.”

Josh embraces the changes happening within the photographic world today. “The history of photography has always evolved with science and technology,” says Josh. “We are just at the beginning. If we look at what’s happening in the world of media, and all the different ways of experiencing images, at no other time has photography been so important for understanding what’s happening globally. Photography is at its moment of being most alive. If people say that photography is dead, I don’t know what they are talking about. It feels like photography is bursting at the seams!”

Everywhere Between You & I

Josh Schaedel’s Everywhere Between You & I began as a black-and-white documentary project dealing with his father’s battle with depression, something Josh saw as way to deal with the rift between them. The work became an effort to connect. Josh saw it as one way of coming to terms with himself—who he was as a man—and of accepting his father for who he was. The project evolved in a more abstract way when his father gave him a stack of old family photos before moving to Baltimore to seek help for his mental illness. The long-term project evolved with several chapters and outputs in many different forms: books, sculptures, installations and exhibitions. Every Between You & I is a work in progress, which Josh hopes to complete with a final book.
See the project

We have greater global awareness through the speed of technology and cameras on our phones. But it is also important to slow down and see what is going on around you and to think before you post.

There is one proviso to Josh’s engagement with the new. He relishes the speed of photography, but he also loves getting behind his 4x5 and taking hours over a photograph. “I really enjoy the way we are communicating globally with images, via Instagram and other social media,” he says. “It’s great because we have greater global awareness through the speed of technology and cameras on our phones. But it is also important to slow down and see what is going on around you and to think before you post.”

Josh enjoys reflecting on the medium of photography and the process of making projects. Through his work Josh has learned that photography cannot solve problems, simply give evidence to them. “The second you take a photograph it is already in the past,” he says. “All a photograph does is give you proof that you’ve got to the next step, evidence of where you’ve come from.” Josh sometimes feels that photography itself becomes arbitrary in the process. You are always chasing the next question. At every juncture there’s a new path. There’s never a definitive end, the change is ongoing. Through his work Josh invites viewers into this process: even though the work is highly personal it’s important for him that the topic is universal enough to create a shared space with the viewer. “I want the viewer to feel that they are going on a bit of a journey with me,” he says.

A sense of play and of always being open to different ways of expression infuses all Josh does. “Constantly trying to do different things sometimes requires me to not make a photo, but express myself through other means and materials, which in its turn can challenge me photographically,” he says. This happens when some aspect of a commercial assignment finds its way into a personal project. “Something moves me in a way I never expected, and I find myself making work about it,” says Josh. “It comes in through the back door and pushes me forward.” This diversity of expression is evident in Josh’s influences: photographer-artists such as Jason Fulford, John Divola and David Campany. “I love looking at people who jump off on different avenues in photography and run with it, who have axes they pivot from and do completely different things,” he says. He enjoys collaboration, whether that is with fellow photographers, curators, on commercial projects, or with his students (Josh is an adjunct professor at Mt. San Antonio College in Walnut, California). “I’m a big-time collaborator,” he says. “I love the fun, losing myself and the laughter. With collaboration you get critique that you just can’t get in any other way.”

As a student himself Josh had to work in construction to pay his way through college. Now, teaching and commercial work supplement his income from photography, but they are for Josh not simply a means of making money. They integrate completely with his art. This is echoed in advice he gives his students. “So many of my students find themselves making work to get work. I try to steer them away from that,” he says. “I hone in on dreaming: dreams become goals and goals become reality, so you can’t stop dreaming.” It would seem that Josh is living his dream.

“For me, making such personal work can be can both constructive and difficult. I find that moments of separation from the work help not only with the actual photographing but also the editing and the final expression of the work. So my burning question is: from your own experiences, what part of your art practice is the most invaluable?”

I need to get bloody. Dirty, messy, consumed by paper and a flurry of messes around me. Well, ‘bloody’ perhaps is a little strong, but I always stress to my students (I teach at the Royal Academy of Art in The Hague, the Netherlands) that creating is also a physical act, and to create you must get inside your work, sometimes quite literally. In an age of digital 1’s and 0’s making up the majority of what we make as photographic artists, I need to reconnect to the tactile, organic world of paper and that once physical method of doing, which was measured in a flurry of cutting, pasting, ripping, tearing, gluing and other acts that are not necessarily associated with photography. ‘Clicking’ is important, too, but I always try to incorporate some kind of tactile behaviour. When I edit, it’s always with small prints that I can shuffle around the table or floor; I can pile them up and put an elastic band around them and look at them when I’m on the train, perhaps watching TV, or any other idle moment, just to see what I have, and where I need to go. The act of spreading things out is immensely liberating and allows for greater connections to be made amongst my peripheral vision. A computer monitor can only ever show you so much; I like the accidents that occur as a flurry of prints is placed on a table, a couch or a floor and I am forced to tiptoe around them in the morning, or when I have to go to the bathroom at night, or any other kind of act that is not within the strict artistic process—the small aside moments or peripheral times when a fleeting glance is enough to gather new insight into a work.

I also like to use notebooks, and I begin cutting and taping or pasting my pictures into these books. Perhaps it’ll never become a book, but this act of placing within a physical notebook, usually some cheap kind from the dollar store, begins to place meaning to my pictures. How do they relate to each other? What’s the narrative that is starting to build? What works, what doesn’t? What other ideas can I glean from this physical manifestation of my photographic ideas? These times are exciting for me, when I can just sit and flip through these books, but they’re also a document of the process that allows you to reflect back on what you’ve made and how you want to move forward. They’re messy, incoherent; I usually get papercuts (hence the blood), the pages stick together from the glue and there’s scraps of paper indelibly popping up everywhere in my house and studio, remnants from some lost process that eventually becomes something. And it’s this very physical process, my ability to touch, to smell, to feel, my photographs, that gives an everlasting import to my work, and helps me find the meaning and resonance in the photography stories that I want to share.

The process of making a work is itself an extraordinary journey for an artist. Photography as a medium allows us to be involved with the physical and psychological properties of our environment in an intimate way. When we do work about a town or a village or a family, not only the time we make images but all the time we don’t also becomes part of the journey. We walk in the alleys, we observe the details of the architecture, we eat at the local restaurants, we talk with the people of the neighborhood. We witness the hardship and the well-being of the community. We experience it together with the people we work with. All this is part of the process, just like when a sculptor or an installation artist works in his/her studio. At times it can be intense. And we must allow the work to grow with time. As part of the process we must take a step back to look at it from a distance, so that we can have a critical view. The separation from the work is as important as spending time with it.

The industry we work in is structured in such a way that it demands we be involved in many other activities, such as networking, self-promotion, competitions, organizing, workshops, and other social activities. The amount of time we can invest in creating our own work is being reduced, and all these other jobs are now considered essential and mostly as our responsibility. These are undoubtedly important factors, as they create social and financial value for us, and it is necessary to sustain these as an artist. However, we must ask ourselves how much of this sort of activity we should feel obliged to do. It is crucial to stay deeply connected with the self and the work we do. Each work shapes us in a different way. I feel we do (or we should do) the work from which we can learn something new about ourselves, about our environment, about being human. Our work reflects us and we become what we do. That is how we evolve as artists. At the end of the day that is what I value most.