In-Game Photography: A Walkthrough (or rather, a Speed Run)

Photography and games, in games and as game. 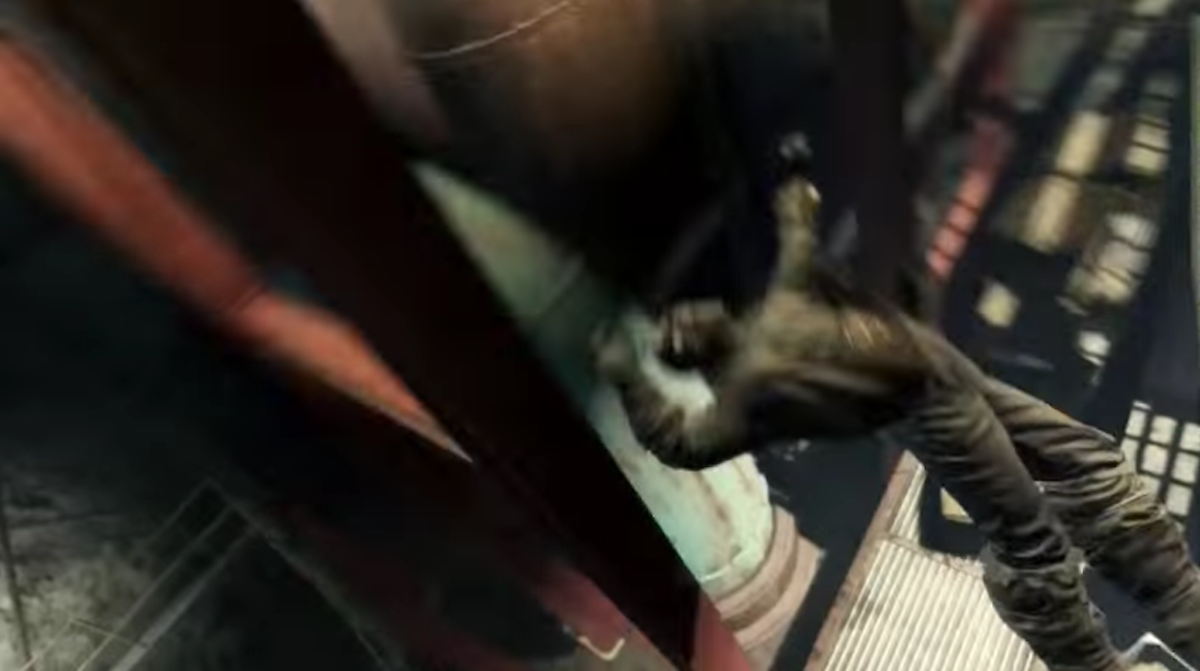 Marco De Mutiis is a curator, media artist and researcher. His current interest lies in the exploration of new forms of photographic practices beyond the camera, mutations and remediations of photography, and new approaches to the way images are created and distributed. He works as Digital Curator for Fotomuseum Winterthur where he leads and co-curate the SITUATIONS programme.

”This is the game that moves as you play”
From The Have Nots, by X

I’m sitting comfortably on my sofa while my PS3 loads its welcome screen, attempting to list in my mind all the most recent exhibitions, conferences and texts that have declared the medium of photography either defunct or reborn.

Like so-called ‘infinite death loops’ in video games – where a game is constantly loaded and its character instantly killed, stuck within a bug in the program – photography seems to have gotten trapped in a limbo, infinitely announcing its funeral and its reincarnation.

Is there really a bug somewhere in the program of photography? Is its phantom stuck in an infinite loop? As I take the PlayStation controller in my hands, I see the ghost. I see the specter of the photographic dispositif flickering on my monitor pixels – the buttons and levers of the camera apparatus have vanished, only to reappear as an on-screen interface and on the game controller.

I’m staring at licensed replicas of the Sony alpha series rotating seductively on my screen. Next I am zooming in on a simulated African elephant through a simulated viewfinder, attempting to take a good shot, hoping my client will be satisfied. I’m playing Afrika (Rhino Studios, 2008), where I wear the shoes of a young 24-year-old American photojournalist named Anna. Afrika is one of many game titles that simulate a camera interface and the act of photographic capture as their core game mechanics. It also attempts to gamify the formal qualities of my photographs, attributing points to the efforts of my in-game photo shooting.

Just like in Pokemon Snap (HAL Laboratory, 1999) and Gekibo: Gekisha Boy (Tomcat System, 1992), the pictures I take in-game are evaluated and given a grade based on the algorithmic interpretation of my aesthetic choices. The dean of the school in Gekibo: Gekisha Boy looks at my negatives: “41 photos, 6 good photos. You used lots of film. You got assigned Photo! You pass! Good job!” Next I’m getting feedback from Prof. Oak about my pictures of Pokemons: “How’s the Size? 310 pts! Hmm… it’s so-so. How’s the Pose? 750 pts! Hmm… it’s so-so. How’s the Technique? OK! The Pokémon is right in the middle of the frame. I can double the score for you!” 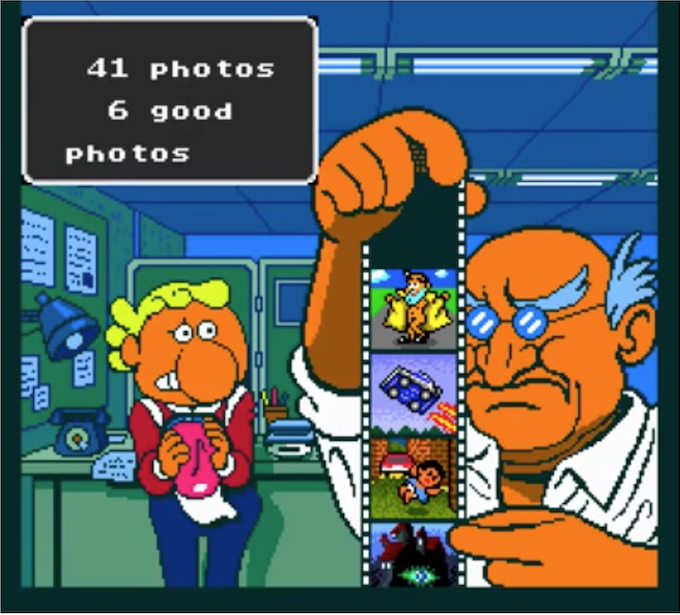 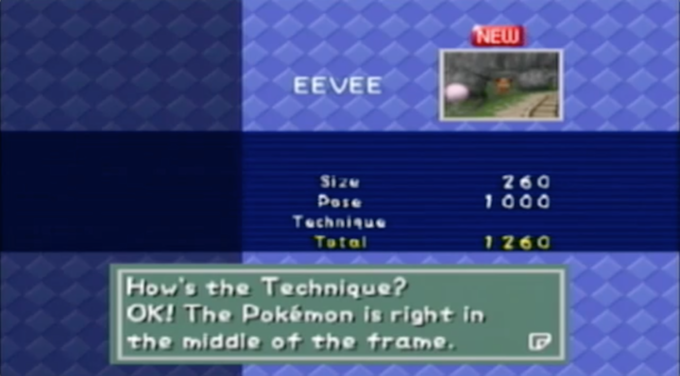 While the game mechanics and the dated graphics of these titles seem laughable, people who grew up with these media have often been influenced by them, with some even claiming that Pokemon Snap “taught [them] the basics of taking photographic evidence”1. Others have pointed out how such quantification of representations in games (through the standardization of what is to be considered a good photograph) promotes an oversimplified and unproblematic concept of photography2.

These are valid points and important reflections in a media landscape where games can influence the role of photography, but what about the ways photographic ideas affect games, and what happens when the boundaries between the two become blurry? In other words, I am not only looking at whether playing Afrika will make me a good wildlife photojournalist (although I have by now learnt that “no photo is worth risking life and limb over”, as I am told when waking after being attacked by a zebra while trying to get an incredible close-up shot), but rather at all the possible incarnations and transformations of photography in games, and also of games and as game. 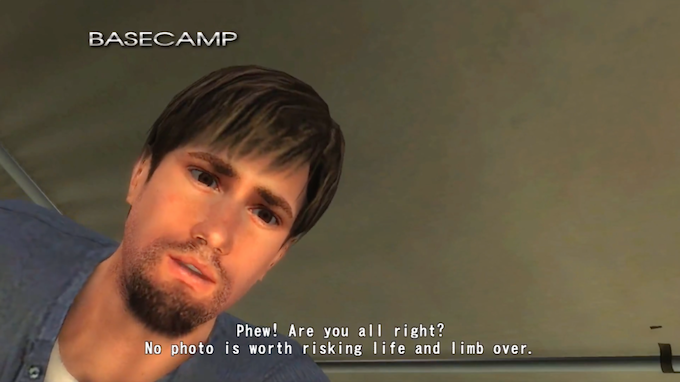 One could argue that photography has always been an “inherently gamelike practice” 3, although within video games a particular phenomenon called in-game photography has recently emerged. Adopted by a large number of players and artists, this term is a broad label that contains screenshot-ing practices within games, photo-mode functions, and photography simulations as well as modifications of game engines4. As an open call on Fotomuseum Winterthur’s online platform5 shows, there is a large and diverse community of both amateurs and professional photographers working with images in-game. A quick tour of online forums and sharing platforms also reveals the different interests and specific rules of in-game photography communities. Flickr abounds with groups like Landscape Photographers of In Game Worlds, a place where amateur in-game photographers share their images and comment. The group description is particularly fascinating, with its photographic language and its rules: “No ‘selfies’. No crotch shots. No dead animals. No shootings or killings. […] This is a place for landscape pictures only. They can be rural or urban.”6 Ethical discussions about manipulating images from games also vary, including communities – like the one around the forum of DeadEndThrills7 – where “Photoshop[p]ing a game screenshot is […] frowned upon.”8

Finally artists and photographers have started looking at this universe where photography and games appear to merge in unexpected ways, highlighting its ambiguity and exploring its new properties. Alan Butler9 and COLL.EO10 use in-game photography to reveal the hidden politics of representations in photorealistic simulations, while Roc Herms11 reenacts Ai Weiwei’s Study on Perspective within the world of Grand Theft Auto V (Rockstar Games, 2013). Kent Sheely12 modifies the game engine of DoD (Valve Corporation, 2003) to turn a First Person Shooter into a First Person War Photographer simulation and Claire Hentschker13 uses image-averaging algorithms to create romantic and sublime images out of appropriated gameplay videos from YouTube. A Study of Perspective, © Roc Herms, 2015, courtesy of the artist

As the photograph merges with computationally created images, as photographers turn into players, and as cameras dissolve into PrintScreen buttons and simulated interfaces in-game, I wonder where the photographic ghost will take us next. On the other hand, wasn’t the photographic medium always a phantom to begin with? Drifting through different bodies and ideas, optical and algorithmic, geometrical and computational, static and moving? Photography remains always uncatchable and unrestrainable, and forever playing games.

7 Duncan Harris, a.k.a. DeadEndThrills is a professional screenshot artist working for game studios to create images used in advertisement and promotional materials. His site also contains a forum that became home to many in-game photography practitioners: http://www.deadendthrills.com/forum/

8 When asked about post-production and editing of images, in-game photographer K-Putt declares in an interview with Cnews.cz: “I remove little annoying things like one little blade of grass that looks through a shoe or something. I don't like to change the colors in Photoshop. That's what SweetFX is for. I want to capture the game like I see it ingame. Photoshoping a game screenshot is also frowned upon in our little screenshot community.“ Duncan Harris (aka DeadEndThrills) points out similarly: “I don't do any post work unless it's the very rare case of a glitch ruining a shot that's taken hours to set up. If a character's finger is clipping through something, for instance, then I'd probably fix that. Otherwise the shots are exactly as they're grabbed.“ A copy of the original interviews appeared on Cnews.cz is available here: https://www.pdf-archive.com/2017/11/23/appendix-to-article-screeshots-as-type-of-visual-art

9 Alan Butler’s Down and Out in Lost Santos (2015-) is a series of “virtual photographs“ documenting poverty in Grand Theft Auto V: http://www.alanbutler.info/down-and-out-in-los-santos-2016/

10 The artist duo made a homage and appropriation of Martin Parr’s Boring Postcards series with their Boring Postcards from Italy book, consisting entirely of images that make up the backgrounds of car-racing game Forza Horizon 2: https://concrete-press.com/boring-postcards-from-italy/