Still Points in a Turning World

An interview with photographer and filmmaker Hayden Phipps 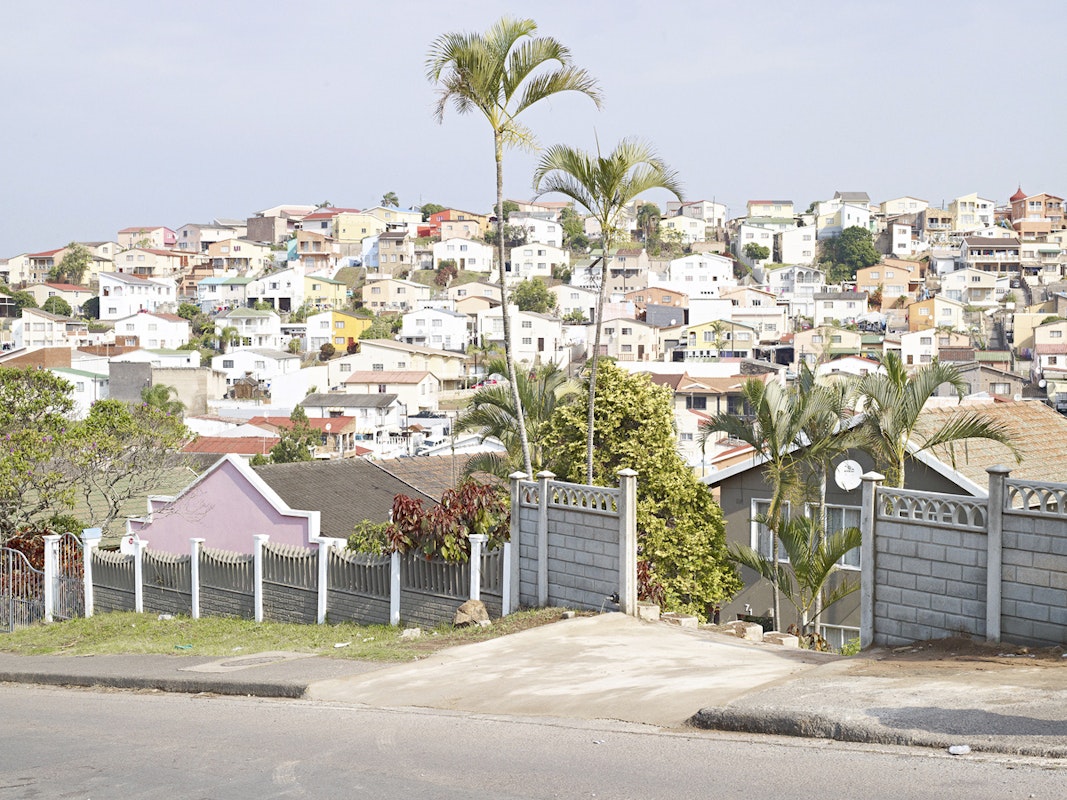 I am Hayden Phipps

I come from South Africa

Photography for me is a personal journey, both in my own development in the craft and in the relationships I have with the people and places I photograph. It is a tool for storytelling and a way for me to discover the interesting in the mundane.

A school vocational guidance counsellor once told Hayden Phipps that he ought to be a funeral director. Instead he studied oceanography, and from that unlikely beginning grew an interest in photography that now encompasses commercial, art and documentary photography, as well as short films.

It feels like a lifelong journey, becoming a photographer.

“Part of the tool kit in my first job as an oceanographer was a 35mmm camera,” says Hayden. “We had to take photos of beach sediment formations, and then underwater formations, and also bring samples up to photograph them in a studio environment. I loved the process, it really made me look closely at things—that’s how I started to get the feeling for photography.” Hayden moved into commercial photography, learning the profession as he went along, by watching others. Later he moved on into documentary photography and film making, though says he wants to focus largely on stills. “The transition is still happening,” he says. “Every day it feels as if you learn something new, and there’s a new place you want to be. It feels like a lifelong journey, becoming a photographer.”

There’s a lot of amazing work out there, but also so many other arbitrary posts that the good work has become diluted.

Hayden says he doesn’t take full advantage of social media, that he plays more of a voyeuristic role, looking from the outside at what’s on offer. “Instagram is a great platform that propels a lot of people forward in their careers,” he says. “There’s a lot of amazing work out there, but also so many other arbitrary posts that the good work has become diluted. I almost feel that I wouldn’t have a voice there.” He prefers to use the extant network of contacts he has created from the ground up. The flurry of social media makes him step back, and feel it is not for him. “Sometimes I feel that people are just indiscriminately publishing random stuff, and that so much is going on that it’s all gone a bit crazy. You see some amazing photos, but it feels like no-one has stopped and taken stock of where we are right now.” Hayden cites a friend who once told him that becoming an artist is not a sprint race, but more like a lifelong marathon. Social media, on the other hand, seems more like a sprint race.

Maybe there’ll one day be a separation between faster-paced and more considered photography.

Hayden mentions watching people flip through Instagram on the bus, giving each image barely half a second. “Before social media, if you subscribed to something like Time, when the magazine arrived you’d probably stare at the photo on the cover for a couple of minutes, or at the inside spread, put it down and come back to it again. You really had time to gauge it, and it would spark your imagination. I feel that way of looking at photos is gone.” Yet he feels there’s certainly a place for still photography in the world. Humans need contemplation, and still photos can trigger that, stimulate the imagination. “Maybe there’ll one day be a separation between faster-paced and more considered photography,” he says. “At the moment it feels like it’s all a bit jumbled up, but I think there will be this separation in future, and photography will settle down and find its groove.”

The city of Durban, on the east coast of South Africa, is said to be the largest ‘Indian’ city outside India. Hayden Phipps wanted to create a portrait of a South African community largely overlooked by the outside world. The majority of Indian South Africans are the descendants of indentured workers, brought in between 1860 and 1911 to develop the sugar industry. Indentured workers were under contract to work for a defined period of time, usually without pay but in exchange for free passage from India to South Africa. In 1911, India put a halt to the practice because of the ill-treatment of its citizens, but many workers already in South Africa stayed on. Hayden feels that this ethnic minority has to some extent fallen between the cracks, both under the apartheid government and in recent years, forcing it to draw from its own rich heritage to develop its own infrastructure and a strong sense of community.

A more considered approach characterizes the way Hayden works in his own projects, such as Indenture—often on film with an old Hasselblad camera. It’s a way of imposing restrictions upon himself in a rushing profession. “You think more about your shot before you take it,” he says. “I like working within those limitations. I’m not sure everyone would want to work like that, but it’s how I want to do it—a little bit slower, a little bit more considered.” At the same time, his work is extraordinarily diverse, a process of constant reinvention—from the short film The Parcel, a poised metaphysical thriller, to They Came from Above, part social commentary part 1950s Sci-Fi homage. “Music and film have always influenced my work. I love the cinematic feel, the worlds you can create,” he says. “I always strive for something that moves me. Maybe there’s a bit of stillness in it, or a bit of mood, it has to evoke an emotion.”

Commercial clients also often pick up on this. Hayden sees a similarity of mood or feeling across all his work. “Sometimes I’ll be asked to do a fashion shoot if the client wants it done in a way that is closer to portraiture, that is more still,” he says. But on the whole, Hayden uses his commercial work to finance his more personal projects. “The assigned work is a means to an end,” he says. “I really wanted to follow something that felt like there was more to it than just the commercial side, something that had a message. I already had a career. If I wanted to follow the money, I would have stayed an oceanographer.”

“My question is directed towards gallery curators. How does the interplay between artistic merit and commercial success operate? How do you go about choosing artists for an exhibition if you really love the work, but don’t think it’s going to sell?”

I always think: if I really love the work then I'm surely not the only one. Maybe you have to search a little better for the right audience, the potential buyers, but that's merely a case of adjusting your marketing. In group shows you have more freedom in showing less commercial work, because you can combine crazy, difficult works with more aesthetic and accessible ones. You spread your changes of sales. Within a one-year exhibition schedule you can also make room for one or two commercially risky shows. Art fairs still offer the most important moments to sell, and the exhibitions in the gallery should as often as possible be used to experiment.

I have to admit that my current method of curating is slightly different from other galleries, because Foam Editions is not a standard, independent gallery. At Foam Editions we exhibit works from photographers who have exhibited at Foam or whose work has been published in Foam Magazine. You could say that the curators and editors at Foam are the first curators of the gallery. They select the photographers that Foam works with and therefore already narrow my work field and possibilities. From the exhibition schedule and content of the magazine I get to choose which photographers I approach. This is determined by many factors and my love for the work is only one of them. When it comes to the selection of the works, I work as the curator, selecting pieces that have the potential to sell but also compliment the collection. Foam Editions wants to support young, emerging talents but also offers high-end photos of big names. Sometimes I'm surprised by the sales of a photo, expecting the work to be too difficult to become a commercial success, so after all these years of working as a gallery curator it can still be hard to gauge the potential success. I guess you should definitely not underestimate your clientele.

Tom Gitterman - Gitterman Gallery
I choose artists to represent because I find their work adds to my experience and understanding significantly enough to leave a positive impact on my life. I won't try to represent artists whose work does not personally move me. If I can't sell their work then I can't afford to represent them and maybe another gallery would be a better fit. There are many artists I like that I don't represent.

However, there are some artists I continue to represent that don't sell very well. I do this because our relationship is so strong and we have been together for a long time. We both also feel that my representation of their work isn't holding back their careers. One hopes that the gallery can make enough sales to cover the expenses of representing those that aren't selling well.

The liquidity of art changes over time. Some times one type of art is more popular than another. However great art will remain great art regardless of where the market might be.