Or How To Elevate Your Talent To Another Realm 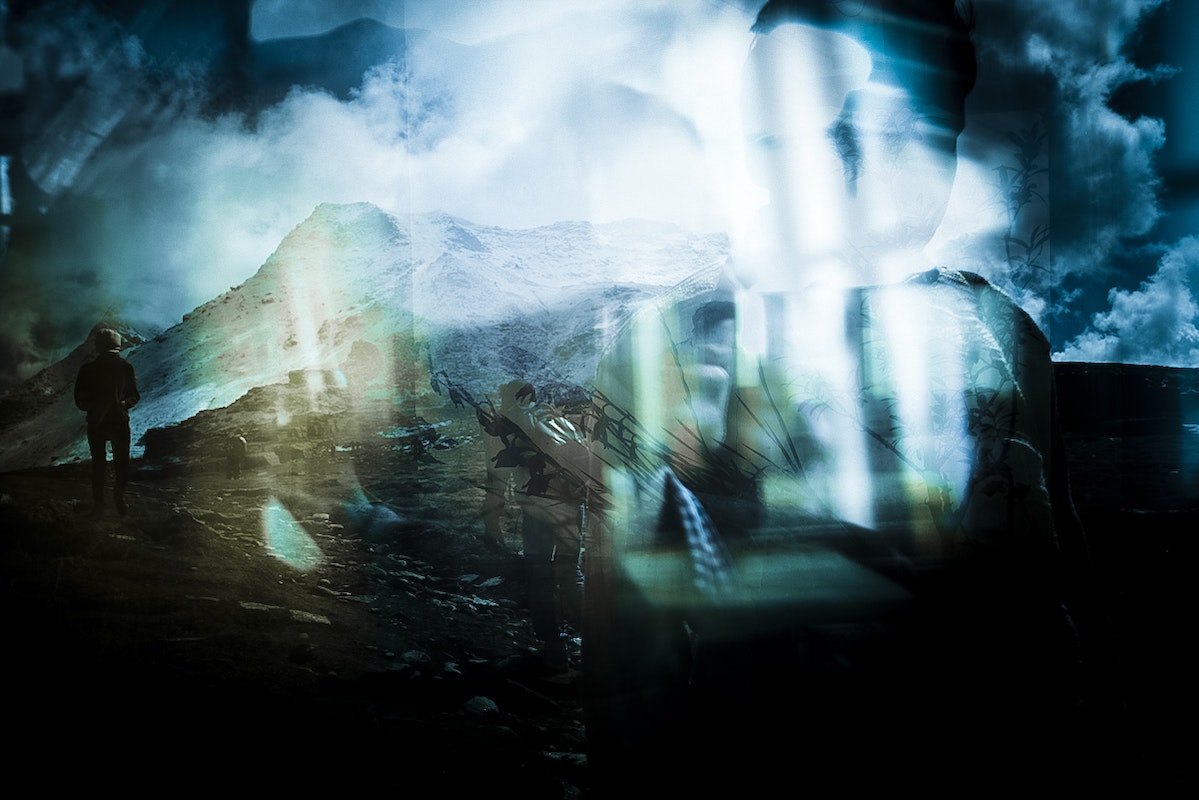 Between Grief and Nothing by Sharbendu De.

Erik Vroons (1976, The Netherlands) holds an MA in Media Studies (University of Amsterdam) and an MA in Photographic Studies (University Leiden). From 2010-2014, he was the Chief Editor of international photography magazine GUP. He currently operates there as Editor-at-large. Besides the editorial work, he is furthermore active as a freelance writer/researcher/mentor in the field of photography.

Many people sing in the bathroom, as it is such an aurally pleasing environment. Under the shower, while cleaning the body, gleaning some extra self-confidence can be an optional bonus. “Hey, that doesn’t sound too bad!” one might think while hitting a note from that pop song (or famous aria) going round in your head.

The great ability of photography as a medium of creative expression, however, is that it not only allows one to capture reality, but also to express one’s subjective point of view.

Just as a bathroom makes for an obliging arena to test your singing capacities, so the camera, by design, can deliver a very pleasing visual effect that is relatively easy to arrive at. The great ability of photography as a medium of creative expression, however, is that it not only allows one to capture reality, but also to express one’s subjective point of view.

Because the camera so generously gives a perfect image—to everybody but no one in particular—the achievements of autonomous photographers/visual artists are expected to be derived from a unique, idiosyncratic way of seeing. Or, alternatively, creative expression by means of photography could be seen as a reflection of a certain (psychological) state of being. Whichever way you take it, the thing to stress here is that the outcome depends not so much on the machinery and all the more on a way of working with it.

The technological ability to make images has been increasingly democratized over the years, but delivering good quality pictures isn’t really enough to make a name as a photographer. Actually, it never has been. Those iconic figures, the household names in the canon of photography that are so much admired, all have (and always had) a very specific way of looking at things. Their personal interests aren’t necessarily especially distinctive, but they nevertheless manage to approach their subjects in a particular manner.

As a camera, on its own, can deliver only a standardized format, a creative photographer thus needs to come up with something that deviates; something fresh and original. But also something that is very genuine. Any project tackled should fit like a glove. So, if you wish to gain recognition in the tombola of contemporary (professional) photography, best start by reflecting on your motivations: Why did I approach this matter in the first place, and for what reason did I do it in one way, and not another?

In the end, the aim is to present the fruits of your labors to a wider audience. Here are some tips: Be flexible, but consistent. Collaborate, but don’t hand over control. Dare to take risks, for as far as you feel comfortable bearing the consequences of your actions. What helps further is to have a moral compass. Always listen to your conscience, or else you will get lost in the woods of Ambition.

Work hard. Stay focused. Be patient. Don’t be a masochist, though.

Work hard. Stay focused. Be patient. Don’t be a masochist, though. Raising the bar too high from the very start is another way to remain stuck in a comfort zone. A guaranteed failure doesn’t really help you in any way, just as it is profitless to compare levels of success. What others achieve should not be of interest to you. Having said that, one cannot be naïve about the history and incredible reach of the medium. Importantly, and this is a matter of showing character too, the challenge is to find your own path within it.

Once you are midway through a project, the main task is to assess the overall quality of the production. Take a step back and look at what you’ve done so far. Don’t keep it all exclusively to yourself, or you might not know when your body of work has arrived at its ultimate form. Initially, maybe asking feedback from family or friends can already lead to new insights, but signing up for portfolio reviews or arranging one-on-one meetings with a ‘trained eye’ might eventually be a good idea too.

As it is possible that some basic elements of your project might be underdeveloped, you should not rule out returning to the production process. Perhaps some images are missing that would make for a better result. Furthermore, once ready to cherry-pick your best images, consider that this selection depends on the platform on which it will be presented. In other words, an online presentation might not be the ultimate sequence for print, and the edit for a book is altogether different from the selection for an exhibition.

All this is essential to further shape your artistic ‘voice’. However, once you’ve completed a body of work in the best possible manner, how much closer has this ability to steer your craft towards a satisfying articulation of a signature style actually brought you to being featured in magazines; to having your project exhibited or published?

That is a really good question…without a clear answer. When it comes to claiming recognition—despite the fact that you’ve managed to direct the camera’s potential to your own ends—eventually, there are plenty of factors that remain outside your range of control. From here on, it is no longer all in your hands. You never know who will pick up your production, and it is very difficult to explain exactly what motivates them to do so. Sometimes, it is simply a matter of sheer luck.

Yes, the ‘talent show’ that you signed up for—as that is what the world of photography is sometimes reminiscent of these days, with all its competitions and ‘open calls’—requires the strength to take a few punches. For one, you might not immediately get credited for all your hard labor. Despite that, and even though it won’t guarantee any awards, grants, or whatever passes for ‘success’, shaping an artistic ‘voice’ (provided that it is apt for what you have to express as a creative person) is a smart and necessary thing to do when wishing to elevate your talent as a photographer above all those ‘bathroom singers’.